Shouldn’t we all be curious?

Shouldn’t we all be curious?

A couple of weeks ago my daughter asked me what book she could read to help her understand what’s going on in The Middle East. Ha! One book? My instant response was to ask her which Middle East she wanted to understand: Israel and the Palestinian conflict? Syria and its civil war? Yemen and its civil war? Saudi Arabia? Egypt? Iran? Iraq? The list of countries, conflicts, and conundrums is long.

Our country has been intervening in the region for decades now–setting foreign policy, sending foreign aid, selling weapons,  waging wars that have cost hundreds of thousands of people their lives, spending billions of dollars (our dollars). The collective outcome of all this has not been anything anyone could characterize as good. Shouldn’t we all be curious?

My daughter told me she had started From Beirut to Jerusalem but had gotten bogged down. (So had I; same for Tribes with Flags).

In point of fact, I am not well read when it comes to the history of the region. I can think of just three books read in recent years: House of Stone (Lebanon), The Way to the Spring (Palestine), A Fort of Nine Towers (Afghanistan). And of course, like just about everyone in my generation, I read Exodus (saw the movie, too) probably when I was in high school, or shortly thereafter. 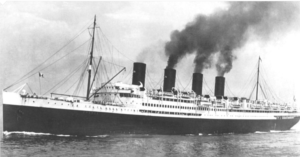 My grandparents emigrated to the United States in 1913. Their home village, Jdita, is about halfway between Damascus and Beirut. A map from that era shows the village to be in Greater Syria—part of the Ottoman Empire.

They sailed on the SS France from Le Havre arriving December 6. On the ship’s “Manifest of Alien Passengers” Mourad and Hanni Razouk are listed as Syrians from Turkey.

My father, whose name was Americanized to Raymond Marad, married Mary Flynn (one hundred percent Irish), and so my five sibling and I, when asked “what nationality are you” (and the answer “American” would not suffice),would say: Syrian and Irish.

When my sister began dating her future husband—who had come to the U.S. from Lebanon as a teenager—he told us we should not be calling ourselves Syrian. Because the village our grandparents came from became part of Lebanon when the map of the region was redrawn after World War I. Besides, he told us, Syrians are mostly Moslems; the Lebanese are mostly Christians. We were Christians. Thus we became Lebanese.

From kindergarten through high school, at least a third of my classmates were Jewish—more than a few were the children of Holocaust survivors.

So for me, knowledge of the Middle East seemed to have come more by osmosis than by reading. 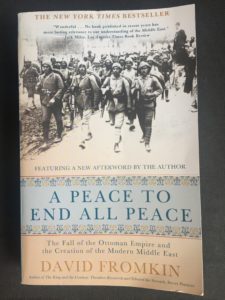 My daughter’s question prompted me to scour some booklists. I did not want to recommend books I had not read myself. I decided to start with A Peace to End All Peace: The Fall of the Ottoman Empire and the Creation of the Modern Middle East by David Fromkin. This, I decided, was a good place to begin. 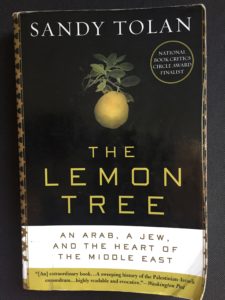 Next came The Lemon Tree by Sandy Tolan. A masterful, readable, and heartbreaking history. It focuses on a single house and the lemon tree in its back yard. Like my grandparents’ village, the lemon tree started out in one country and ended up in another. Without ever moving.

At one point in the midst of reading, I decided to see just how far Jdita was from Ramla, Israel (formerly el Ramla, Palestine) where the lemon tree grew. 196 miles. Not far. 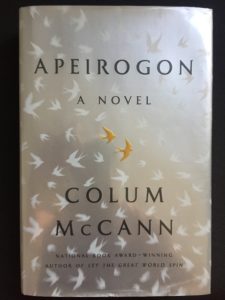 Apeirogon by Colum McCann was not part of my original plan. Yet it turned out to be the right book to read next. This novel has been on my “books-to-read” list ever since its publication last year. I spotted it the day I picked up the histories at the library, and couldn’t leave it behind.

Though fiction, it’s based on real people and events that really occurred. Like The Lemon Tree, it tells of a Palestinian and a Jew who become friends. The bond, for them, is not their love for a house. But their love for their daughters—both of whom were lost to the tragic divide between their two peoples.

I had to look up the definition of apeirogon; it’s a geometric term for a shape with a “countably infinite” number of sides. (No idea whether there’s a difference between “infinite” and “countably infinite.”) In any case, this seems to me to be the perfect title for a book that uses its central theme—the unlikeliest imaginable friendship—as a springboard for exploring the ways in which all stories, all experiences, all moments in time offer opportunities for veering off on tangents that eventually converge to form a cohesive whole.

When the one doing the veering and converging is someone like Colum McCann…whose writing is poetry…even when he is writing prose.

I now have some books to recommend to my daughter. And a deeper understanding of why the history I’ve known my entire life is so relentlessly heartbreaking.