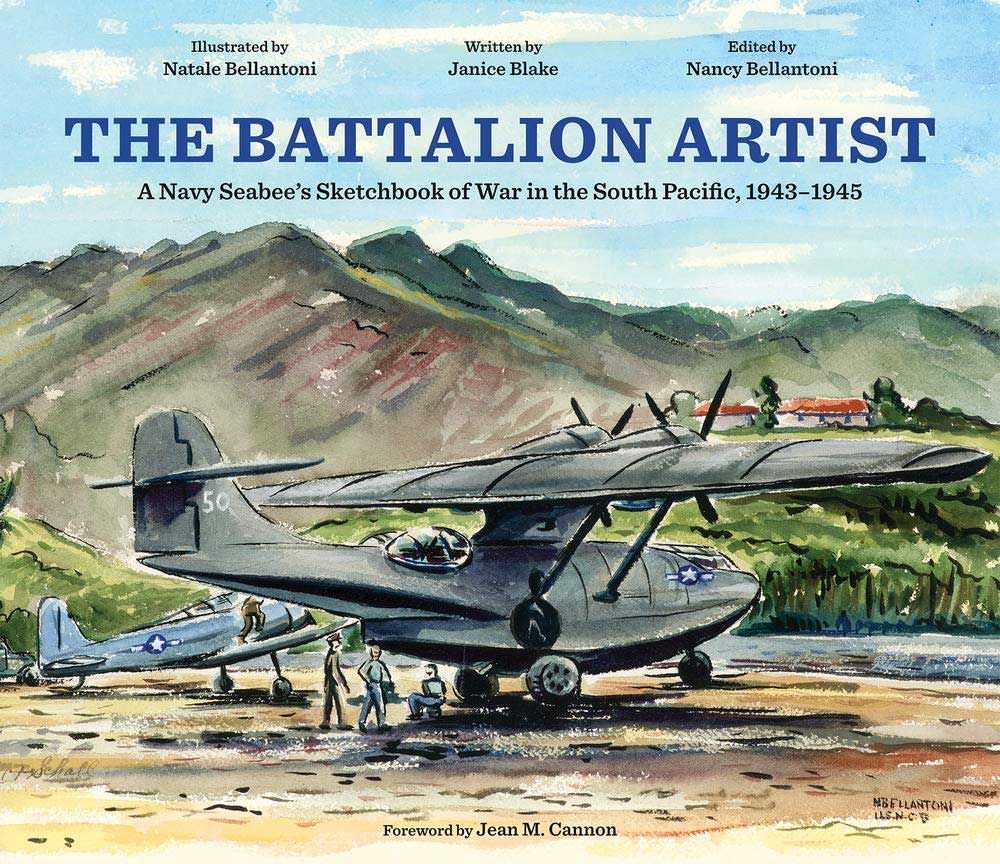 The Battalion Artist explores the three years, three months, and three days of Nat Bellantoni’s life on the Pacific front in World War II. He had known since childhood that he wanted to be—that he in fact was—an artist. When he packed his seabag and took leave of his family and his sweetheart to go to war, he knew that the best way to manage the narrative of his life and to cope with the ups and downs of his feelings was to create images—visual records that spoke of what he felt, as well as what he saw.

Being a writer is who I am.

My very first writing project was a play. It opened with a steady stream of passengers boarding an airplane bound for a ski resort in Idaho. I had no particular plan in mind for what would happen next. But what did I know about plotting or narrative tension? I was only eight years old. The play remains unfinished.