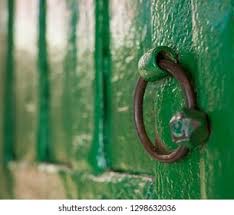 The barn was a place we kids liked to explore. It was (technically speaking) a carriage house, but to us it was always “the barn.” We were told it was moved to the site. (From where? I don’t know.) The entrance, as expected was a giant, heavy sliding door (old cracked green paint), three or four thick glass windows along its top quadrant. In the middle of that was a person-sized door that it had a thick metal ring for a doorknob so it was possible to walk in or out without sliding the big door open.

Centered above the big green door, a smaller white door (smaller, but still large enough to accommodate the hay bales that were undoubtedly stored up in the massive loft. I have vague notions of a traditional and very weathered yoke hanging up there someplace. But I may be mistaken. In any case, if a yoke was there, it was eventually taken down; and at some point, I believe, a basketball net went up.

Inside: a high ceilinged and wide-open space that once probably held at least one fancy carriage, a couple of wagons, maybe even a pony cart. I don’t know whether the massive canvas curtain hanging from the ceiling and dividing the front two thirds of the space from the back had always been there or whether my father had it installed. In any case, it served as a practice net for golf balls and hockey pucks because that was the primary use of the barn when we lived at 376—an indoor driving range.

Behind that functional, unattractive canvas divider, on the left, was an empty room (a store room?).

The right side of my Dad’s golf/hockey net brushed a wall of wide, vertical bead board that ran the entire length of the building, from just inside the barn door when it was slid all the way open to the back wall, where light streamed in courtesy of three or four high square (and very dusty) windows.

In the middle of that wall that divided the building front-to-back was another, smaller, rolling barn-style door (unpainted, just varnished to match the bead board). It  led to the horse stalls. But we’re not ready to venture in there yet. Because just inside at the very entrance to the barn, is a door in that big dividing wall that opened into what must have been a tack room and/or sitting room for the stableman. 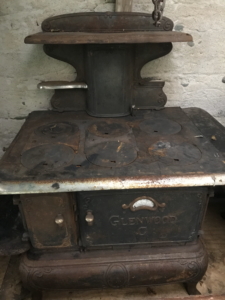 Step in there, and on the left, filling the back corner of the room was hulking black stove (twin to the one in the laundry room of the main house but much more weathered). Beside the stove on the room’s back wall was a connecting door to the stables (thus, the horse stalls could be easily accessed from this room or from the big main room). The bay windows across the front of the stableman’s sitting room looked out on the end of the driveway with its turn-around circle and the pathway to the garden behind the barn. I’m pretty certain there was a window seat built into the bay, with lift up lids to storage bins. Floor-to-ceiling cabinets with sliding glass doors (not more than a foot deep, no shelves) filled  the corner of the room opposite the stove corner. What would have been stored behind those doors? Harnesses? Why behind glass?  At the base of these cabinets were shallow drawers, and it was in one of these that we found rolled up plans for the property’s trees and garden plantings. Oh, how I wish we could go back and study those pages. Or at the very least discover the identity of the landscape architect.

In the front corner of room, where the glass cases ended, a door opened to stairs.

The second floor—a huge hayloft—was unfinished except for a room directly over the one below. This must have been the stableman (or gardener)’s bedroom; it was paneled  in the same vertical bead boards as used in the room below. On the front wall, a window looked down onto “the circle,” and on the back wall, a closet was tucked in beside the chimney; whatever heat emanated from the chimney bricks–and a cast iron grate in the floor–would have provided the room’s heat. 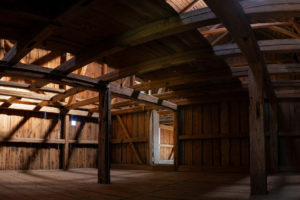 Three large grain bins ran along the back wall of this room. Aside from this room (and the bins), the second floor of the barn was one huge loft, criss-crossed with impressively thick structural beams. In the center, an enclosed wooden airshaft, perhaps four feet square, connected ducts in the ceiling of the first floor to the cupola above. 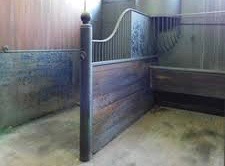 Except for the relatively small front room, the right side of the barn (behind the front-to-back dividing wall) was reserved for horses. A wide L-shaped walkway gave access to three roomy stalls on the right, the dividers between them thick, high and gracefully shaped, like the sides of Santa’s sleigh. At the corner of the L (straight ahead) was another open stall. It shared the short side of the L with a much larger  gated stall; this, we were told, was “the sick bay.”

The end of the L was not a dead end.  It faced exterior door (windowed on top) that opened not to the outdoors, but into large a single-story room we called the chicken coop. The multi-level floor of rough boards wasn’t really a floor but a random conglomeration of risers.  Were these once perches? Generously proportioned, windowed on three sides and therefore flooded with light, this space, I’d say, housed some lucky chickens…well, except for those chosen to be the main course for Sunday dinner. From the chicken coop, there was a door to the garden, if I remember correctly, but no stairs.

The barn (like the house) was built into a slope on a fieldstone foundation. It was at ground level in front, so that wheeled conveyances on the driveway could roll right through the door. Once we became a two-car family, one car was often kept in the barn, the other parked out in front of the house, on the far side of the porch, next to the lawn and rhododendrons. We usually kept the big door open;  it was too heavy to be dragged back and forth with every outing and errand.  My sister Karen reports, that once she was old enough to drive, when she parked down in the barn at night, our brother Richard would often run outside, hide, and then jump out from the behind the shrubbery to scare her. I guess I was fortunate to have left home before he was big and brave enough to be prowling around the yard at night. 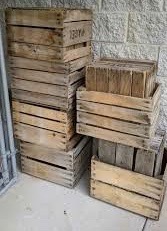 The back of the barn was all business; no landscaping there. Wide swing-out doors were large enough to accommodate wagons, on that level, as was typical of most big barns. Exploring that spider-webbed space was always an adventure. The only thing I can remember finding in there were apple crates. Lots of them! No surprise, considering the orchard just beyond the rhododendrons that delineated front lawn and its flowered border.

The barn, like the house, was BIG. One summer my father decided that painting the barn (the side that faced the garden, at least) would be a good job for my brother, David. Oh, what a long, drawn, out process that was. Up and down the ladder with bucket and brush, the bright sun reflecting off the white shingles to make David’s workplace hotter, much hotter than just about every other place on the property, where  abundant shade and cool breezes prevailed. I know I volunteered to help, by painting the lowest level of shingles—the ones I could reach. But given the height of this wall, that wasn’t much help at all.

My father had consulted with an architect. He showed us plans, and was very excited about them. He wanted to move us into the converted barn (carriage house) and sell the house to another family. But because of the strict zoning laws that required an acre of land for every residence, the town wouldn’t allow it.