Hats off to my mother when I ponder how she survived those first months in that house. For there were certain aspects of our new home she found unnerving. (Understandably so!) 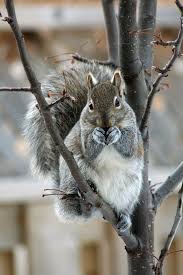 There were so many squirrels scampering around the yard, she said, that they made her nervous when she went out to hang laundry on the clotheslines. “They were running everywhere,” she said. “It seemed that they were sitting in the trees watching me; they had had the place to themselves for so long, I wondered if they thought I was an interloper.”

My father initiated a campaign to reduce the squirrel population. The details are best left unrecorded.

Still, I wonder: Is it possible that the overpopulation of squirrels inspired Santa Claus to bring my brother David a BB gun? Once he and Richard moved to the third floor, he used to shoot them from his bedroom window. 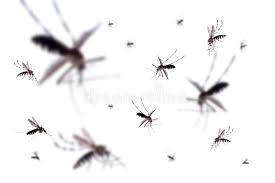 It must have been the first summer we were there that Karen’s crib had been moved into my room. One night, a swarm of mosquitoes emerged from the crown molding over her crib, and I can still see my mother in her nightgown, desperately swatting at them. And crying. 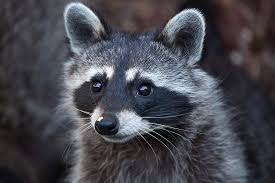 The biggest surprise, I think, came when someone stepped on the lid of the garbage pail to be greeted by a snarl, a pointed snout, and two black-masked eyes. You have to be of a certain age to remember the days when taking out the garbage after dinner was a daily chore (that was David’s job; meanwhile, Mary Anne and I washed, dried, and put away the dishes; no dishwasher for us!). So the raccoon had somehow managed to wedge itself between the removable pail and the concrete cylinder that housed it.

My father and the boys were in charge of solving this dilemma. Dad tied a rope to the handle of the pail. After a few tosses, David—on the “sundeck” over the kitchen managed to grab the other end. My father came up to take charge of the rope. And I believe we all gathered ‘round to peer over the railing as he lifted the pail high, enabling the traumatized raccoon to scurry away. We girls never again complained that the boys had the “easy” after-dinner chore of taking out the garbage. 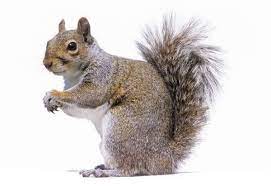 Unfortunately, not all “critters” stayed outside. In those earliest months, we could hear them scrabbling in the walls where they likely had well-established havens…and routes to get in and out. My father quickly put and end to that–I’m not sure how. But there were recurrences from time to time. At one point, when the wall in the upstairs hall behind the bathtub was left open by a plumber trying to fix the lever that opened and closed the tub drain, Kathy (no longer a toddler, but still a little girl) went up to her room to discover a squirrel sitting on her bed!

One Saturday night, my parents’ traditional card game with Aunt Rosemary and Uncle Joe was interrupted when a bat flew down the chimney, out through the fireplace and into the dining room. Instant commotion. We kids were all in the den, probably watching “The Honeymooners” on the Jackie Gleason show. My brothers and little sisters all started running around trying to help the grown-ups catch the bat. Me? I hightailed it out of the house, dashed across the driveway and locked myself in my father’s car. Didn’t venture back inside until someone came out to tell me the coast was clear. Despite this assurance, I was cautious to poked my head in the door and get the report straight from my father: the dining room windows had been thrown open, and the bat had finally flown out.

My favorite “critter” story: my brothers and I were sitting at the kitchen table with my mother having our after school snacks when a field mouse ventured out from the cabinet under the kitchen sink. My bloodcurdling scream prompted the mouse to freeze on the spot, giving David time to run upstairs, get his BB gun, come back, and shoot it dead. (My mother never wanted me to tell this story; but I thought, and still think, it was funny.)