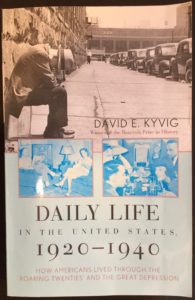 My uncle, Joe Flynn, was a great storyteller, and he had many stories to tell. His life spanned nearly the entire twentieth century. After Joe died, I realized that I was the keeper of these stories, that each was a chapter, and that once I had written them all down, I would be the author of an entertaining, thought-provoking, and frequently funny book.

Each of Joe’s stories came to me as an isolated anecdote. As such, they might provide a chuckle or a wave of empathy. But to come together as a book, they need to be set into their proper context. Uncle Joe served in the U.S. Navy from 1940 to 1946; his experiences during those years are all footnote to the history of World War II. Having read a good number of books about the War, I feel that I’m ready to start in on Uncle Joe’s War stories.

It is the earlier stories—those that took place in the two decades before the War—that prompted me to pick up a book entitled Daily Life in the United States: 1920-1940.

On just about every page, I found that Uncle Joe had entrusted me with first hand accounts of this very history—daily life in America during his growing up years.

And so I’ve begun compiling my ideas for how best to understand and convey his narrative. Each chapter of Daily Life helped me see the significance of Joe’s stories: 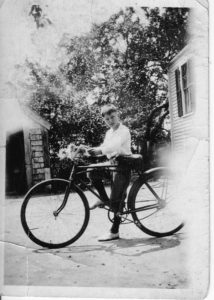 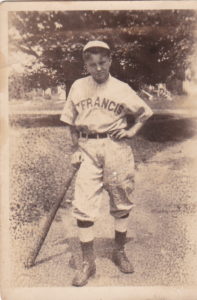 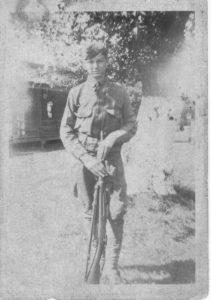 • The Model T – driving Ma to Columbian Square—when he was only 13
• The Telephone – the Flynns had the only one in the neighborhood
• The Radio (first model, a crystal set) – the big outdoor antenna
• The Depression – Pa had enough work that they could “get by”
• Church – helping the tipsy priest bumble his way through Mass
• The Movies – picking/selling blueberries to earn the dime for a ticket
• Brother George shot by accident –at the  grocery store  where he worked
• Keeping Chickens – ten-year-old Joe was left in charge … (oops!)
• Memorial Day – Civil War Veterans on the stage at the Opera House
• Bootleggers – Making a delivery to the local speakeasy
• Bookies – Ma liked to play the horses
• The Shoe Factory – Four Finger Toomey stole shoes for a nun
• School – Heading to the local swimming hole at lunch time
• The Woods – Climbing a tree to find the way home
• The Barnstormer– Taking a flight over the town – not telling Ma
• Life and Death – The boy who died of Scarlet Fever

These stories always stood well on their own—but in retrospect, they’re even more interesting, when viewed through the lens of history.